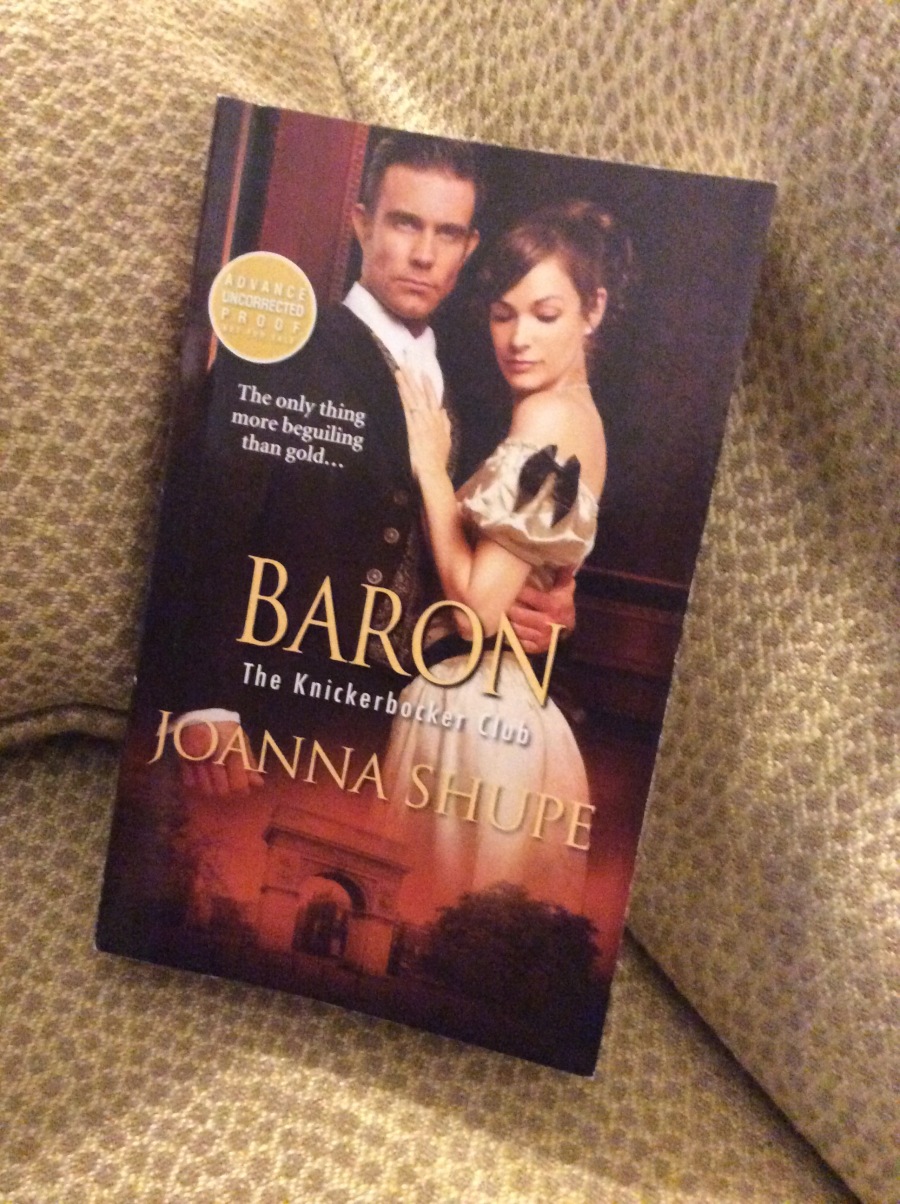 Set in New York City during the Industrial Age, Baron tells the story of millionaire Will Sloan and Ava Jones. What set this story apart from other historical romances was the setting, the class structure, and the gritty details of New York during this time in history. Will Sloan was a rather arrogant guy at the beginning of this story. He’s running for office and Ava Jones, a medium, could be the one to stand in his way. Will’s attitude towards people in a lesser class definitely needed adjusting, and through his budding relationship with Ava, he begins to see what the lower classes must do to live. It was refreshing to see the man in a romance learn a life lesson and see the changes he makes to his life because of it.

It wasn’t a big surprise that Ava had a talent for making people believe she could talk to their dead relatives. After all this was set in the heyday of fake mediums. Seeing why she chose that career, supporting her siblings explained the necessity.  This was before child labor laws so her sister worked in a factory and her youngest brother as a newsie. No one in that class had idle time. Ava’s budding relationship and feelings for Will Sloan were the only bright spots in a pretty grim life. The author did a great job of creating a romance in technicolor against that grim, industrial, dirty, New York City of that era. Ava’s unrelenting work ethic and outspoken personality made me root for her immediately, and even though I knew that happily ever after was coming, I was kept in the moment with some unexpected curveballs in the plot.

This novel felt more historical fiction than romantic historical. By that I don’t mean that the romance was lacking.  It had a ton of passion and emotion! Joanna Shupe did a great job of make the city of NY and the era part of the storyline and I got caught up in some of the small details. It was pretty fascinating! I have not read the first book in the series, but want to! Will’s sister is the female protagonist and we got to know her a bit in this novel. Another plucky heroine, which I love! I’m recommending this book to anyone who’s a fan of historical fiction and historical romance. If you like reading about different times in history, you’ll love this novel. ❤❤❤❤