Dawn Edelstein’s plane is going down and her life is flashing before her eyes but it isn’t the life with her husband and daughter, instead she sees the face of the man she was in love with in Egypt when she was 20 years old, Wyatt. She survives the crash landing, gets checked out by a doctor, and is given a plane ticket to anywhere in the world she’d like to go. She chooses to go to Egypt where she knows Wyatt is working on a dig. As the story unfolds Dawn is shown following two different, parallel life paths facing past decisions and mistakes and tries to determine if she’s lived life as she should.

I read several reviews of The Book of Two Ways and it seems that readers either liked it or thought it delved to deeply into Egyptology. Last December I traveled to Egypt and went to several of the ruins mentioned in this book and remembered the stories of these kings and gods that were told in this novel. I was among the readers who embraced the Egyptology in the novel, however it didn’t make the story any less confusing due to the two parallel timelines we were following.

As a young woman Dawn studied Egyptology and was working on her thesis about The Book of Two Ways while on a dig in Egypt. This is where she meets Wyatt, her nemesis, lover, and soul mate. She is abruptly called home because her mother is dying of cancer and Dawn chooses to never goes back to Egypt because she needs to raise her little brother. She also finds out that she’s pregnant by Brian, a man she met while her mother is in hospice and slept with because she needed to feel better about herself and what was happening to her life. Dawn switches her career path and eventually becomes a death doula, someone who helps a terminally ill patient leave this life feeling like they have lived a life well lived. While working with a woman name Win, Dawn starts questioning her own life and if she’s lived her own life well. She has a good marriage and a daughter, now 14, but she has started thinking about Wyatt and whether if she had stayed with him if her life would have been better. When she takes that plane back to Egypt she wants to see whether she will have that revelation and to also pursue the subject of her thesis, The Book of Two Ways.

I’ll admit that despite knowing the Egyptian stories that filled a lot of pages, I still skimmed and pursued the underlying story trying to figure out Dawn’s path. The two parallel stories got a bit confusing and I did feel like I was missing some signifiers to tell me which path I was following in which chapter. It was only when I was done reading the book that I could figure out that path. I was fascinated by Dawn’s death doula job, something that I’ve never heard of but that seemed fitting for a woman who’s early life was filled with trying to understand the Egyptian stories of life and death. It made sense. What frustrated me was Dawn’s meandering between Brian and Wyatt. She wasn’t unhappy with Brian she just didn’t seem to be as full of life as she was with Wyatt. I think we can all identify with this feeling of searching for happiness but it took a really long time for Dawn’s story to play out and I liked both of these men who Dawn spent her life loving.

This is the first story I’ve read by Jodi Picoult. I enjoyed her writing and thought this story was interesting but I’m just going to say it, I was so disappointed with the ending. Maybe Jodi wants the reader to make our own revelation? I don’t know but I finished the novel right before going to bed and the non-ending kept me awake that night. Is that good or bad? I was definitely mulling over the whole book in my head trying to determine what happened at the end and a week later I’m still telling people about this book. Because it has really stuck with me, I would definitely say that this book was thought provoking and I enjoyed multiple moments. ❤️❤️❤️❤️

Click this link to purchase this book!* The Book of Two Ways

Follow The Reading Chick on WordPress.com
Join 3,968 other followers 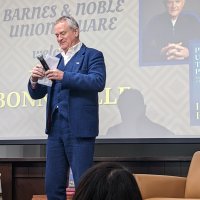 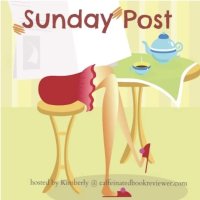