The Masked City takes up where The Invisible Library leaves off.  Irene and Kai are living in Vale’s world investigating a mysterious fae that was after the same book as they. Attacked by thugs, then separated as she follows a lead, Kai ends up being abducted and taken to another world, chained in a dungeon.  As his mentor and friend, Irene ventures into this chaotic world to help save Kai before his dragon family decides to eliminate the fae who took him and the world they were living in, including the innocent humans inhabiting it.

As I stated in my review of The Invisible Library, I would love to be a super spy Librarian!  Irene is a female James Bond, though at times her sense of style is less than desirable and a bit grimier.  She has a magical use of language, fluent in many languages as well as speaking Librarian.  Her loyalty is one of my favorite things about her.  The fact that she is willing to deal with Kai’s scary family and face danger for him reveals how much she cares for and values him.

We find out a lot about Kai in this book, even though he isn’t present on every page.  His background is revealed and he becomes a little less mysterious, and a lot more desirable, in my eyes as well as Irene’s.  In a city where everyone wears a mask, it is surprising how much is revealed about all of these characters, and how much I enjoyed learning their secrets. Though I think Genevieve Cogman has a few more secrets left to be revealed.

I received a copy of this book from the publisher, Berkley Publishing Group, through NetGalley for my honest review. 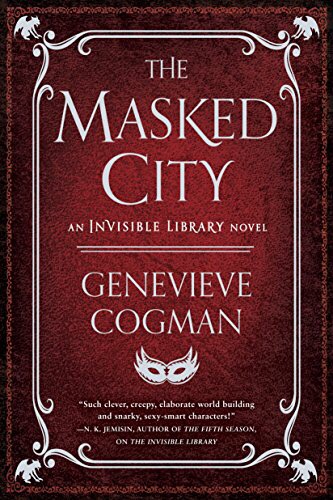 3 thoughts on “This Chick Read: The Masked City (The Invisible Library) by Genevieve Cogman” 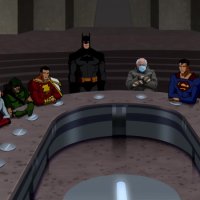