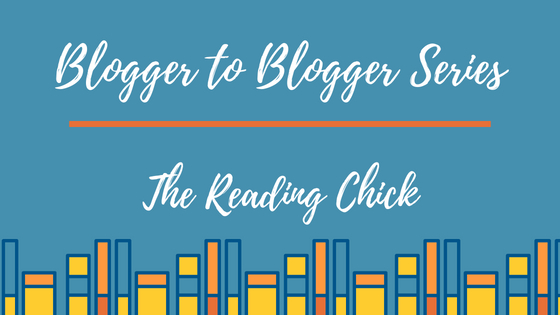 You know when you read a good book and you just want to discuss it with your friends? When these ladies from Thrice Read dish on a book, they rarely have the same reaction to it. I love that! Their opinions vary and are very interesting to read and really does feel like you are at a book club, without the wine. Although truthfully maybe there’s a little virtual wine drinking behind the scenes of their blog. These ladies don’t just post reviews, but also discussions, tags and other bookish posts. If you haven’t checked out their blog, I would highly recommend it!

Blogging is universal and even though we inhabit the same community, we don’t always live in the same country. What country do you live in?

J: We live in the United States.

What is the view outside your front door?

C: It is summertime here in Florida, so everything is super green and super hot! 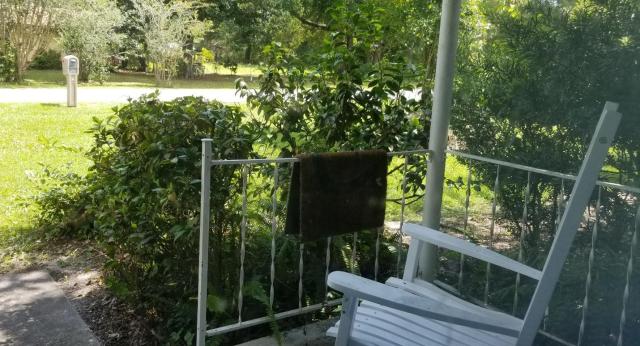 E: It’s very, very hot right now. So hot that I’ve been avoiding going outside at all. 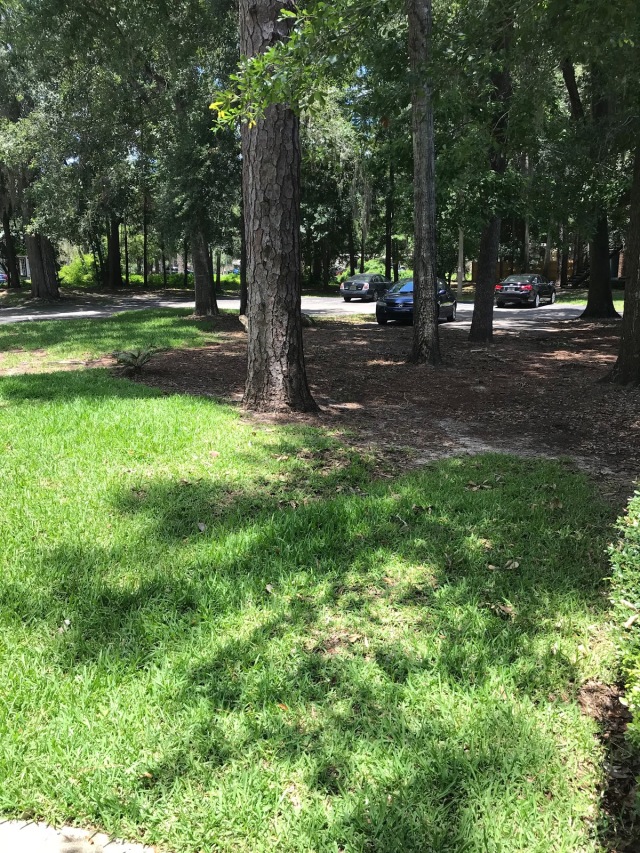 J: Just like Eden and Caitlynn I live in Florida and it is already way too hot out. 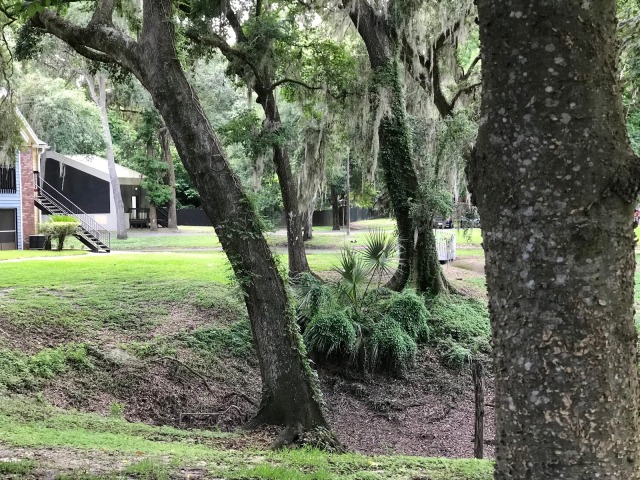 Most blogs have a quirky name and a fun story of origin. Please share the story behind your blogs name?

E: When we were coming up with blog names we had several in mind, however, we wanted them to incorporate the three of us. Thrice Read was thrown out as a suggestion (I actually think it may have been a joke at first), but we couldn’t stop coming back to it. Jenn sent me an emblem she’d made for it just to see it and from there we decided that was what our name would be.

Describe where you write your blog.

C: I usually write my blog in my living room or at my dining room table. It kind of just depends!

J: Typically I write my posts on my desk (when it’s cleaned off) or in my bedroom. 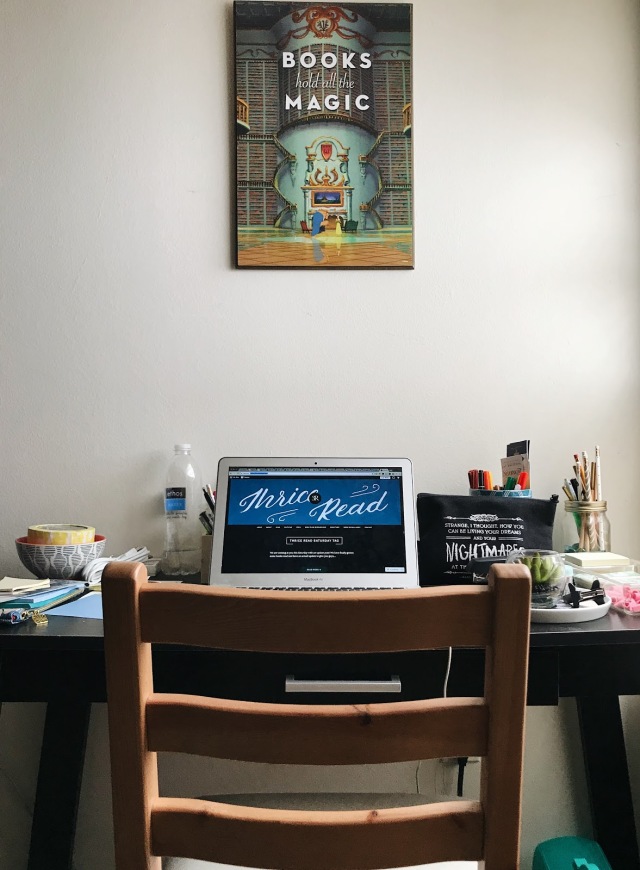 E: I write anywhere and everywhere. I wrote a post on my phone a few days ago while on the road to St. Petersburg. If I’m at home I’ll write it on my computer but it doesn’t really matter where I am.

Most of us have a stack of books sitting next to our couch or bed waiting to be read. What books are in your stack? (Include a photo if you’d like!)

J: The books I have that are waiting to be read are currently sitting on my bookshelf out of alignment with the rest of the books. I used to have them on a bookshelf beside my bed but they kind of took over. 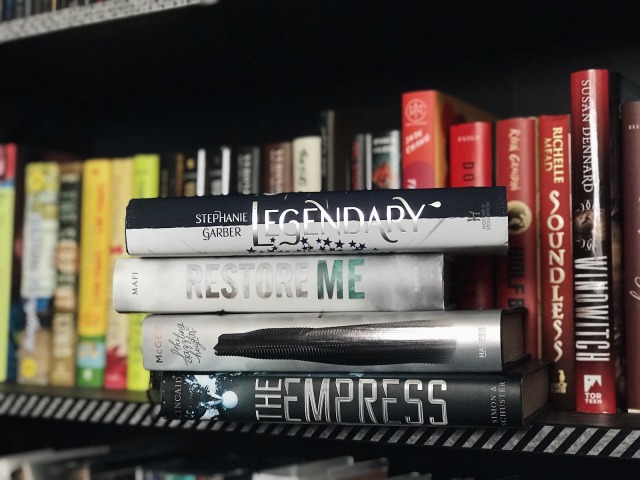 E: My stack has actually just recently been put away. They’d turned into a tower next to my bed. Right now though there is one book that has made it back to the stack and that’s The Crown’s Game.

C: I just cleaned off my nightstand, but right before I cleaned it I had The Upside of Unrequited, An Enchantment of Ravens, Without Merit, and Dear Martin all on it

RESTORE ME by Tahereh Mafi

Juliette Ferrars thought she’d won. She took over Sector 45, was named the new Supreme Commander of North America, and now has Warner by her side. But when tragedy strikes, she must confront the darkness that dwells both around and inside her.

Who will she become in the face of adversity? Will she be able to control the power she wields, and use it for good?

THE CROWN’S GAME by Evelyn Skye

Perfect for fans of Shadow and Bone and Red Queen, The Crown’s Game is a thrilling and atmospheric historical fantasy set in Imperial Russia about two teenagers who must compete for the right to become the Imperial Enchanter—or die in the process—from debut author Evelyn Skye.

Vika Andreyeva can summon the snow and turn ash into gold. Nikolai Karimov can see through walls and conjure bridges out of thin air. They are enchanters—the only two in Russia—and with the Ottoman Empire and the Kazakhs threatening, the tsar needs a powerful enchanter by his side.

And so he initiates the Crown’s Game, an ancient duel of magical skill—the greatest test an enchanter will ever know.  The victor becomes the Imperial Enchanter and the tsar’s most respected adviser. The defeated is sentenced to death.

Raised on tiny Ovchinin Island her whole life, Vika is eager for the chance to show off her talent in the grand capital of Saint Petersburg. But can she kill another enchanter—even when his magic calls to her like nothing else ever has?

For Nikolai, an orphan, the Crown’s Game is the chance of a lifetime. But his deadly opponent is a force to be reckoned with—beautiful, whip smart, imaginative—and he can’t stop thinking about her.

And when Pasha, Nikolai’s best friend and heir to the throne, also starts to fall for the mysterious enchantress, Nikolai must defeat the girl they both love . . . or be killed himself.

As long-buried secrets emerge, threatening the future of the empire, it becomes dangerously clear . . . the Crown’s Game is not one to lose.

WITHOUT MERIT By Colleen Hoover

The Voss family is anything but normal. They live in a repurposed church, newly baptized Dollar Voss. The once cancer-stricken mother lives in the basement, the father is married to the mother’s former nurse, the little half-brother isn’t allowed to do or eat anything fun, and the eldest siblings are irritatingly perfect. Then, there’s Merit.

Merit Voss collects trophies she hasn’t earned and secrets her family forces her to keep. While browsing the local antiques shop for her next trophy, she finds Sagan. His wit and unapologetic idealism disarm and spark renewed life into her—until she discovers that he’s completely unavailable. Merit retreats deeper into herself, watching her family from the sidelines, when she learns a secret that no trophy in the world can fix.

Fed up with the lies, Merit decides to shatter the happy family illusion that she’s never been a part of before leaving them behind for good. When her escape plan fails, Merit is forced to deal with the staggering consequences of telling the truth and losing the one boy she loves.

Poignant and powerful, Without Merit explores the layers of lies that tie a family together and the power of love and truth.

If you have had a bad day and want to spend an hour reading a book, what is your go to genre or favorite book that will lift your mood?

C: My go-to genre is YA fantasy or contemporary. A book that will always lift my mood is A Court of Mist and Fury by Sarah J. Maas.

J: I would have to say that contemporary would be my go to read for a bad mood. They are typically short and simple reads. I don’t want to have to think through and entire political system when I’m having a rough day.

E: It used to be that my goto genre was fantasy, but in the last year I’ve learned that the best genre for me when I just need to read and stop thinking is contemporary. It allows me to stop thinking about the world and just lets me read without having to process a million different things.

When you aren’t blogging, how do you spend your time? Work, Play, School?

C: Definitely working if school is in session, if not you will most likely find me hanging out with Eden and Jenn.

J: Caitlyn, Eden, and I are all teachers. So, that’s where most of our focus goes. However, outside of that you will find me hanging out with Eden and Caitlynn or at a theme park. I am a huge fan of theme parks. Especially Disney parks.

E: Like Caitlynn and Jenn said, I work constantly. Whether I’m actually at work or planning for work, my life is a bit consumed with it. However, when I’m not working I’m usually watching tv or reading. I actually watch a lot of tv.

What is your favorite blog post you’ve ever written?

C: I think one of my favorite blog posts that I have done was my TBR Of Shame post (The 2017 TBR Shame Book Tag )it was super cool getting an inventory of all of my books and seeing that list grow and shrink throughout the year.

Have you ever met one of your favorite authors? If so, what did you say to them? Looking back, what do you wish you had said instead?

C: We met Susan Dennard and that was an amazing experience! We got to talk about Truthwitch and I don’t think there is anything about that experience that I would change.

J: We met Stephanie Garber last year at YALLFest. It was a very quick and chaotic meeting, but she was wonderful. I would love to be able to pick her brain a little bit more about the world she created in Caraval.

E: I met V.E. Schwab about two years ago. I was so excited to meet her and so overwhelmed by everything around me that I struggled to speak to her. I remember saying something to the effect of, “I also have a tattoo on my wrist!” and then having a conversation with her about it. I wish though that I would have told her that it was her books that really made me understand how much of writing was an art.

If you could sit down with an author for a slice of cake and a question,  who is the author, what kind of cake would you serve, and what is the first question you’d ask?

C: Sarah J. Maas, definitely chocolate cake with buttercream icing and I would 100% be asking her for more details about her new adult series she is currently working on!

J: Leigh Bardugo and I would serve red velvet cake with cream cheese icing. I would ask her to recommend her favorite music, books, and movies. I feel as though I would get some great recommendations from her.

E: Susan Dennard. I’d probably serve white cake with buttercream frosting. The first question I’d ask is if she’d be my friend because every time I’ve seen her speak she’s just so funny and welcoming. Also, I believe friends get the perks of reading books first. 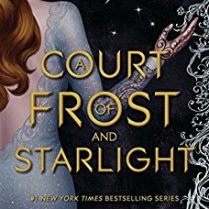 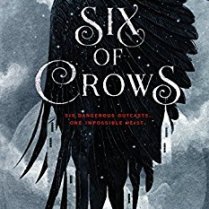 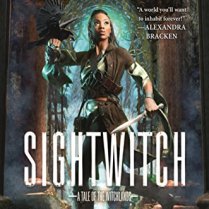 I like Thrice Reads posts because their book club posts sound like they’ve had fun discussing the book, which translates into making me want to read it as well and join the discussion. they are also very well spoken and their individual posts are really well written, they have great taste in cake (!), and they all love fantasy and contemporary novels, which as you know are my favorites as well.

I hope you all enjoyed learning more about these talented ladies! Do you have one of the books they’ve mentioned on your own nightstand? 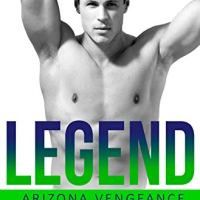 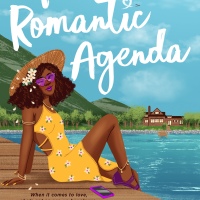 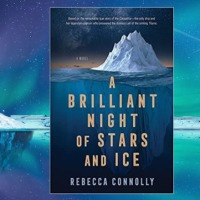 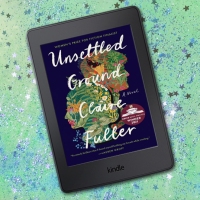 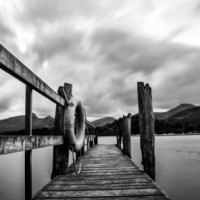 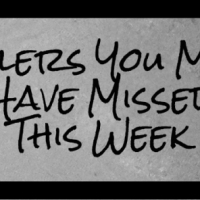 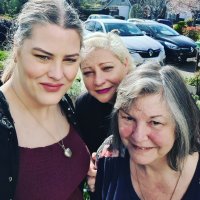 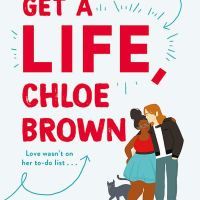