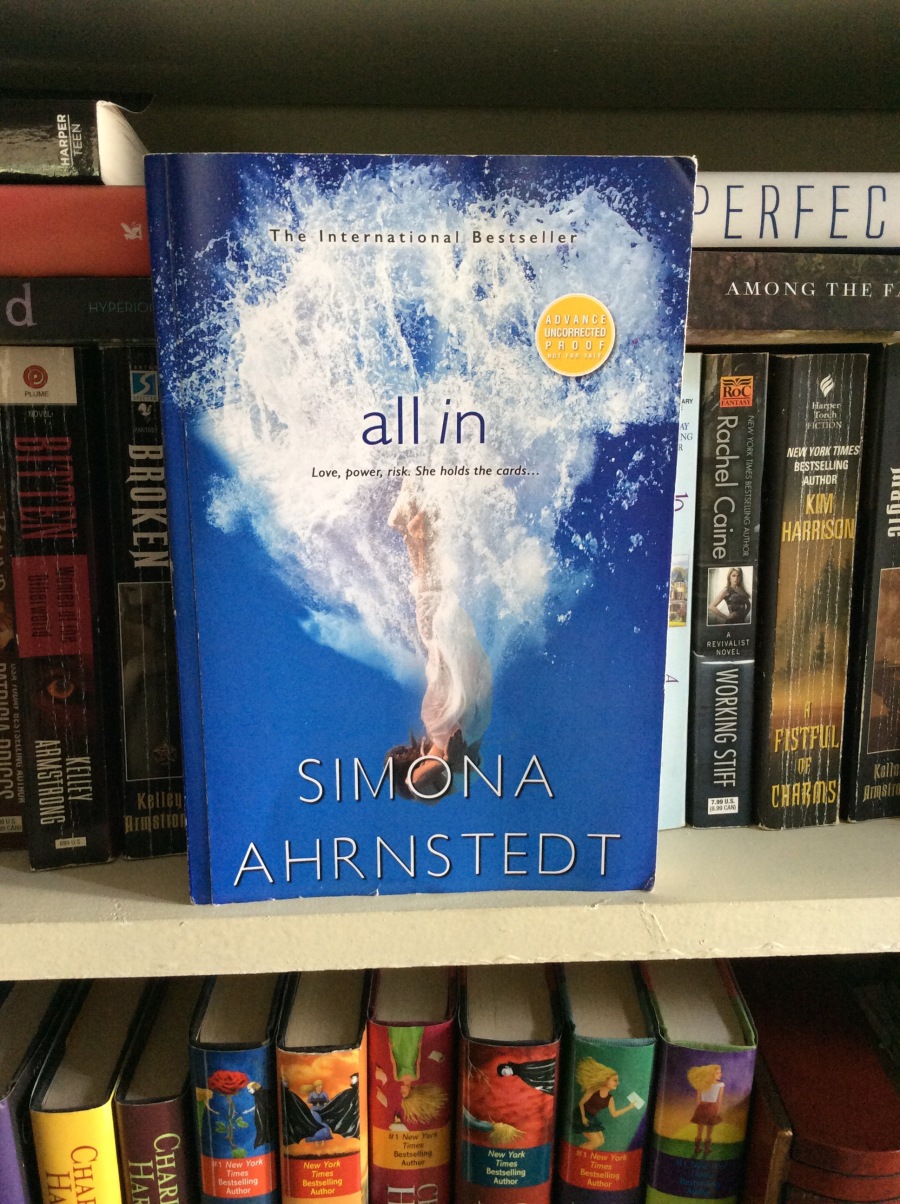 All In is the first foreign language romance novel to be translated and published in America.  As the first, it is a huge event in the publishing world, and every eye will be on how the American reader world reacts to this novel.  I can’t speak for the entire American population, only for myself, but if I needed to describe how I felt while reading this novel I would say I was fascinated, riveted, stunned, emotional, horrified, enraptured and involved.

I picked up a copy of this book, which does not get released until June 28, 2016, at the RT Booklovers Convention this year, and I wish I had cracked it open much sooner.  My only excuse is that I don’t usually read Billionaire romances.  I shouldn’t’t have let that fool me, this story does revolve around a billionaire, but it is actually a story about family dynamics, horrifying past events, revenge, and an all consuming love.  The layers, and depth to this storyline gave the book more of a mystery feel, with romance.  David Hammar and Natalia De La Grip were the two main protagonists, and this story is told from each of their perspectives, which creates an almost overwhelming tension. I became a voyeur to their true emotions, and because of that, I was fully invested in the story.

As this story was a translation, and not changed for an American audience, names, cities, streets, drinks, currency, etcetera, were all Swedish.  I loved that!  It gave this novel a unique flavor and made me want to sail in Saltsjö Bay and walk along the Dybroviken in Stockholm, and I don’t even know what that is! I think that this book, could help make Sweden even more of a tourist destination, although, yachts and opera’s may be out of most of our budgets.

The epilogue in this book gave a hint that this may be a series, revolving around Natalia’s brother Alexander.  I suppose I have to wait to see if this first book is a huge success, before anyone will translate the second into English, unless one of you speaks Swedish and can do that for me?  Lol, if so, let’s talk!

In the cutthroat world of Sweden’s financial elite, no one knows that better than corporate raider David Hammar. Ruthless. Notorious. Unstoppable. He’s out to hijack the ultimate prize, Investum. After years of planning, all the players are in place; he needs just one member of the aristocratic owning family on his side—Natalia De la Grip.

Elegant, brilliant, driven to succeed in a man’s world, Natalia is curious about David’s unexpected invitation to lunch. Everyone knows that he is rich, dangerous, unethical; she soon discovers he is also deeply scarred.

The attraction between these two is impossible, but the long Swedish nights unfold an affair that will bring to light shocking secrets, forever alter a family, and force both Natalia and David to confront their innermost fears and desires.

4 thoughts on “This Chick Read: All In by Simona Ahrnstedt”